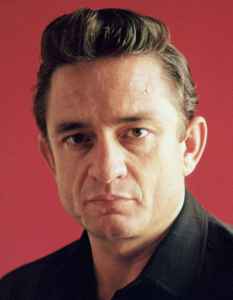 11 octobre 2019
When it seems all hopes are lost, play Johnny records.

3 octobre 2018
To sum Johnny Cash up in one word - "LEGEND"! One of my all-time favourite songs is "Sunday Morning Coming Down"
Voir les 2 réponses

30 novembre 2017
I want to get his original material from the 50's & 60's on vinyl (not best of albums but full length LPs), is there a good collection available with them or a particular year of re-releases or a particular label that I should look out for?
Voir les 3 réponses

25 avril 2017
The original Bad Motherf***er,i could listen to his voice all day such a cool dude!
Voir 1 réponse