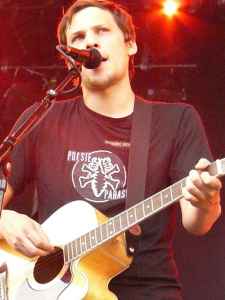 Profil:
Born in Brussels in 1975, Vincent Liben is a Belgian songwriter, guitarist and singer, mainly known as the frontman of the band Mud Flow.

In 2005, he co-wrote and produced "De Un A Dix", an album for Belgian singer Marie Warnant.