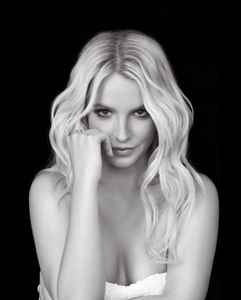 19 décembre 2018
Say what you want, but the production crew writing the music she was credited with were better than most of the other pop artists' crews at the time combined. Per Magnusson, David Kreuger and the rest of Cheiron knew how to make amazing dancepop songs. After her hiatus, Danja and L. Gottwald knew how to make amazing club songs. The only bad album was In The Zone... cause the writers on it were a bunch of nobodies save for Bloodshy & Avant who contributed the album's only three good songs (including the alltime classic Toxic).

Haters stay pressed. You can't write pop this good so stay in your lane. If you don't like pop what are you doing on this page anyway
Voir 1 réponse

19 janvier 2017
I have loved Britney since the first time I heard her wonderful ear candy.. from the first "Oh baby baby" .. simple pop.. manufacturered....sure... I don't expect brilliance and artistic statements from my pop dance artists.. I really don't even care if the vocals are enhanced.. I listen to classic rock, folk, singer /songwriter for depth...
When I want to dance and have fun. Don't care if it's a pop tart or legend. As long as my feet and heart feel the beat.. that's what makes songs great.. Britney used to have a great voice... like before the 07 meltdown.. alot was enhanced but there were also ballads that were not .. why hate it's not like she's going out for the Nobel prize.. it's all about fun and for the last 19/ 20 years Britney has had lots of it so have I dancing my ass off to her synthesized , sticky sweet pop pieces.
Voir les 3 réponses

7 août 2015
I don´t like the music even though a lot of her hits have been written by a bunch of swedes.
Well maybe I would respect her more if she had written a song or at least the lyrics?
She has gotten credit for something she hasn´t made just contributed with her voice.
Even MADONNA at least lyrics to her songs but here not?
Voir les 4 réponses