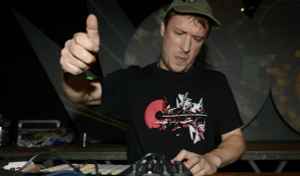 Profil:
After making an impact on the UK's underground scene around the turn of the century, Johnny made his vinyl début in 2003 on techno label Dirtbomb records, though by this time was already developing the harder, breakbeat infused sound he would become renowned for, taking in influences from Hardcore Techno and the European Tribe/Hardtek sounds he was playing while DJ'ing for the legendary Desert Storm Soundsystem. In 2005 he formed his own label Kaotek Wreckords, as an outlet for the hybrid sounds he and others were producing. Now having played countless livesets in destinations all over Europe, and a back catalogue spanning 10 years on labels such as Tekiteazy, Electrokanibal, Absolute Rhythm and more, Johnny Sideways chews up and spits out genres into a living wall of sound..improvised, upfront and engaging..a purists nightmare..and devastating on the dancefloor.
Sites:
SoundCloud, Facebook
Variantes :
Tout Voir | Johnny Sideways
J. Sideways