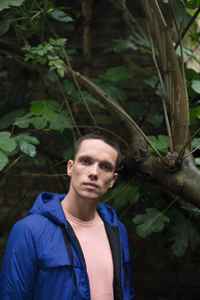 Vrai nom:
Oscar Powell
Profil:
Oscar Powell is an artist/musician/composer living and working in London ➜ he has been in self-isolation since late 2017 ↩︎ prior to that, he released a √olley of deviant rhythm music under his last name [on XL, Diagonal] and, in 2018, collaborated with Wolfgang Tillmans ↰ he used to tour live all over the world, both as solo artist and in collaboration with Tillmans, Russell Haswell [Mute, Warp, Diagonal, Editions Mego] and Lorenzo Senni [Editions Mego, Warp] ⨳ he hopes to tour again soon ▷ to open a ƒolder for others ✰ this current wave of hYper-audio compositional work draws on ongoing research in systems theory, pelagic ecosystems ↩︎ Deleuzian thought ↓ and the natural world
Sites:
afolder.studio, diagonal-records.com, Twitter
Variantes :
Tout Voir | Powell (9)
Oscar Powell