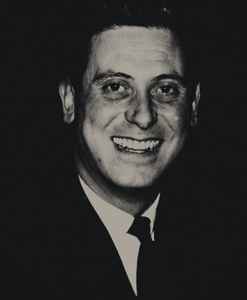 British musician, arranger and songwriter who initially entered professional music as a jazz and classical pianist, playing in various big bands before becoming a music director at the BBC alongside Wally Stott. He worked as a session musician on occasion, playing on and arranging Johnny Duncan's UK hit "Last Train To San Fernando."

He moved on to Philips Records, where he worked as producer with Frankie Vaughan, Marty Wilde and The Springfields. When Dusty Springfield went solo, he played her a tune he had written, which became her first big hit, "I Only Want To Be With You" under producer Johnny Franz. He continued working with Dusty Springfield for several years, as well as arranging and producing hits for The Walker Brothers, Alan Price, Honeybus, Los Bravos and many others.