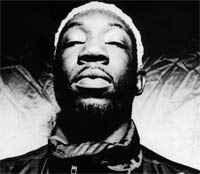 3 mai 2017
One of my favourite rap artist from UK. Absolutely classic MC!

28 juillet 2016
Mell'o' is one of the UK greats..it's a shame he only had one proper album. A MC of his talents should could have had 4 or 5 classics in his career.
Voir 1 réponse