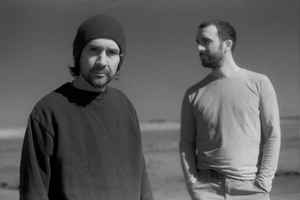 They first signed in to Skam Records, and later Warp Records, where they released 2 Eps, which are Twoism (1995) and Hi Scores (1996).

In 1998, they later release their first debut album, Music Has The Right To Children, was praised by music critics when it was first released. later in 2002, they later release their second album, Geogaddi, where its also praised as well. they released The Campfire Headphase in 2005, before returning in 2013 (Eight Years Later) with their fourth and current album, Tomorrow's Harvest.

In mid-2000s, three rips of three unreleased cassette tapes (A Few Old Tunes, Old Tunes Vol. 2 and Random 35 Tracks Tape) were leaked and surfaced in SoulSeek and AudioGalaxy. (As of now, R35TT still hasn’t got its real name).

29 décembre 2022
Is there anything so lonesome, so desperate, as a BoC fan in waiting?

25 décembre 2022
The music that Boards of Canada makes is what the word "nostalgia" sounds like.

28 octobre 2020
I remember this as if it occurred yesterday. Took off from work met up with a like minded close friend
Took to 7 train from woodside Queens and eventually entered Other Music. Warm day indeed more or lesss
Springtime. Heard a tune as I combed through the used Vinyl. That damn tune was infectious in a beautiful way. It was ROYGBIV. After that I was ardent for these guys. Glad I was born the 70's as this only precipitates the Nostalgia.
Voir 1 réponse

15 septembre 2020
These two have a knack for conveying their nostalgia through music even to those who are too young to have experienced the media that inspired them (myself included), which is what I enjoy most about their style. If you are new to the group, I recommend taking any "newer stuff bad" and/or "they copied [insert other ambient artist]" type troll comments with a grain of salt and listen for yourself. Its not for everyone of course, but after a listen or two it may stick with you. When I first started listening I only liked their short pretty vignette type tracks, but eventually the rest clicked. Many other artists I enjoy have been inspired by, have inspired, or have collaborated with this group, and I appreciate them for that as well.

25 years prior to BoC - anyone else hear them in Brainticket's 'Another Universe'?
https://www.discogs.com/Brainticket-Celestial-Ocean/master/2844
Played Tomorrow's Harvest to an old head and they commented on just how similar it sounded to Tangerine Dream. Which is a good thing, n'est-ce pas?

15 mai 2020
I was doing some work and couldn't figure out why my laptop fan was making weird noises. I picked it up to move my ear and try and locate the sound something electronic dying a muffled, syncopated death. Then I realized that my desktop speakers right behind the laptop were playing boards of canada on low volume.

4 octobre 2019
anyone know if the peel session album that's coming out this year will have a CD release or it's just vinyl?
Voir 1 réponse

29 septembre 2019
ok that will sound odd, someone on youtube claim having talk to boards of canada, and they told him:
since the beginning of summer 2019 we start working on a new album that will be release in 2020
how much true is that? i don't know
Voir les 3 réponses

Dear Boards fans. If interesting, please go to the rural zones on youtube to find a special colour tribute I made to the box of Canada