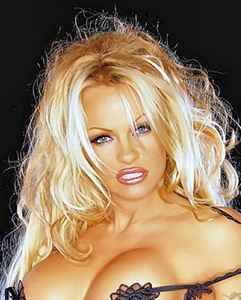 Mainly known as a TV actress (especially for the US series "Baywatch" which aired internationally), she also features in the occasional film, and has modeled for magazines like Playboy.
Sites:
pamelaandersonfoundation.org
Variantes :
Tout Voir | Pamela Anderson Lee
Pam, Pamela Anderson

6 mai 2017
Barb Wire! Great 1990s movie. The poster artwork for that film is probably my favorite 1990s movie poster. That cover really stood out at your local VHS store. Pamela also used to be on a really great weekly syndicated TV show called V.I.P. from 1998-2002. It usually aired on a Saturday or Sunday afternoon. It was a fun show to watch when you had nothing to do. I also really liked the syndicated progammed called Cleopatra 2525. It was 3 girls and sort of cheesy. There was also She Spies that was on the air briefly but I never really saw that one. It looked cool though.