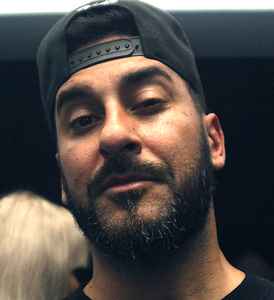 Vrai nom:
Armand Van Helden
Profil:
Armand van Helden is an American DJ, record producer, remixer and songwriter from Boston. Born on February 16, 1970 to an Indo (Dutch-Indonesian) father and a French-Lebanese mother but traveled around the world as a child, spending time in the Netherlands, Latvia, Turkey, and Italy as his father was a member of the U.S. Air Force. At the age of 13, he bought a drum machine and started DJing two years later. He is considered one of house music's most revered figures spanning three decades.

Van Helden's most well-known singles are "You Don't Know Me", "I Want Your Soul", "My My My" featuring Tara McDonald, as well as "Bonkers" featuring Dizzee Rascal, all of which became #1 on the UK Dance Chart and reached as high as #2 on the Billboard Dance Chart.

In 2009, van Helden formed the DJ duo Duck Sauce with Canadian DJ A-Trak, receiving a nomination at the 54th Grammy Awards for Best Dance Recording for their song “Barbra Streisand" which topped the charts in 12 countries. The duo also released the singles "Anyway" which reached No. 1 the UK Dance Chart, "Big Bad Wolf" and "NRG".

Although much of his chart success has been in Europe, particularly in the United Kingdom, van Helden has been closely linked to the electronic music scene of New York since the early-mid 1990s where he was considered one of the best remixers in the business and was nominated for a Grammy Award for Best Remixed Recording in 1998. Van Helden often remixes and uses samples of funk, soul, R&B and hip hop. He also uses filters and dub progressions, as in NYC beat, dancehall and reggae samples. Among his greatest remixes have been the remix of the song "Spin Spin Sugar" by Sneaker Pimps, The Bomb! (These Sounds Fall into My Mind) by The Bucketheads, Sugar Is Sweeter by CJ Bolland and "Professional Widow" by Tori Amos.

6 avril 2022
Armand Know exactly how to Make a Real HiT who worked in Club just like in the Charts !
His positiv Aura has accompanied the world and will hopefully honor us even more

18 février 2021
Up there as one of the GOATs.
Massive body of work spanning generations.
Made some of the best and most symbolic club tracks ever!

Armand Van Helden is so varied with his remixes that you could listen to one track and definitely know it's his work then listen to another and it will be like so so different than the next. I am not a fan personally of the samples, effects, and sounds that he uses in a lot of his tracks and probably only warm to his commercially successful tracks unfortunately and I'd love to say I like his less popular material but I just do not warm to it as it does nothing for me emotionally.

I sometimes don't get the big hype surrounding his material and maybe it suits that listener of that particular house style that resonates a very American sound to me.

Sometimes you can do remix after remix after remix and be unheard of and never get a lucky break. Being from Boston with a lot of connections it may be a case of who you know not what you know and do a remix for one big artist and word gets around and then another big artist will want you to remix their track as you are the in DJ at that current time.

This does not necessarily mean your remixes are good it's just that this may be your time in that era and you are the in trend for remixes.

A lot like Tiesto who was remixing everything at one stage and still is or David Guetta.

Quality for me comes first not the number of releases when 2/3 of them are garbage.

One thing Armand Van Helden has done is produce some phenomenal tracks of the one's I like.

20 avril 2020
I'm only 17 now but I grew up listening to Armand's songs and now I'm literally obsessed. I wish I grew up during the 90s and experienced his music more. Can't wait to discover more of his music.
Voir 1 réponse

4 avril 2019
Legend. Nuff said.
So many hits and great remixes.
If I had to pick one, it's definitely Break da 80s. I still play that tune frequently, one of my alltime favorite house tracks.

19 juillet 2017
Armand Van Helden is my fav ever house music producer! Been hearing his stuff since 1998. The first track that blew me away was U Don't Know Me, which is a quintessential house classic ever! Armand Van Helden never disappoints, though there are some of his tracks as from around 2007 and after that is less catchy than his 90's style! AVH is dope!!!! Highly recommended artist!

20 juin 2011
Yeaaap... AVH records have not left my box since hearing his remix of Sagats Luv Stuff on Maxi in 94 and his own Witchdoktor in 1993/4... I heard his Chemistry mix and Essential mix from 96. Always loved the B Boy House (even the Puffy rerubs were fun to mix in, one sampling David Bowie very effectively...) and tight beats. He can crossover from funk to a real rave type sound in one track, as well as having slick licks and breezy breakdowns... not many producers can pull that off. Widow funk trunkin'remix was so big in 96...

He also inadvertantly created the Speed garage Scene Here in London with The 'Sugar is sweeter' and 'Spin Spin Sugar' remixes. He didn't seem to notice and his remixes for NuYorican Soul in early 97 ('Runaway' and 'It's Alright I feel it') are unsurpassed in terms of quality and funkiness. Then he just got better in 98 with 2 Future 4 U. I didn't stop playing Boogie Monster, flowerz and Bounty Killaz (as well as the original steelos version) for about 3 months! Bounty Killaz is the hight of funky, choppy house music... U don't know me was massive here and most other places...

I went to see him Battle it out in a Boxing Ring with Fatboy Slim in March 1999 @ Brixton Academy. I liked Fatboy but AVH as more my line of funk. Dropping Carlitos Dream, MD Xpress, and BSO's New Jersey Deep and Jungle Bros 'I'll House U.' A funny night that saw hardcore clubbers mixing with subteens, unique crossover...

His style in 2000 was very much tougher and bouncier, Saw him @ Homelands and he was mixing lots of Rhythm Masters stuff. Killing Puritans didn't hit me the way 2 Future did but hey, he changes!

Ghandi Khan in 2001 showing his crossover to the rockish stuff but still had killer loops of funk... I can smell U is a PHAT tribal breakish thing taht I still drop today...

So come 2004 and again he was crossing over... mixes for Basement jaxx amoung others and his 'Stupid Fresh' project which harked back to his mid 80s teens was all good... 'Jerry Curly Juice' is a belter of funk tune...

He has continued with Numpho and Ghetto Blaster, as well as NYC Loft Party and others... A unique talent who has funk and 80s retro (Without the lameness) pumping in his veins...

21 juin 2010
I have an extreme love hate relationship with Armand. Literally from one extreme to the other. My first exposure to him was in 1994, when his remixes started popping up on records I'd get through the pool I belonged to at the time - commercial stuff like Ace Of Base and Real McCoy releases. I was a big fan of commercial music & remixes at the time so I didn't like any of his remixes at all to start with - then Witch Doktor came out which I disliked even more! I started listening to a weekend dance music radio show put on by a guy I'd buy records from at a store downtown in Winnipeg and he would rave endlessly about Witch Doktor and how great it was, but at the time I'd hear nothing of it.

Then one night I was bored and since I had unintentionally accumulated so many Armand remixes on the commercial records I just happened to own, I decided to do a mix of all of them. That's when I started to actually enjoy them! And I mean really enjoy them. Total turnaround. I even started enjoying Witch Doktor! From then on I'd start seeking out his remixes purposely for the next couple years. Enjoyed The Funk Phenomena, loved the Tory Amos remix...then it all came to and end for me, when he *RUINED* one of my favorite all-time favorite records...Faithless' Insomnia. Yes, I said ruined. Sucked the soul out of it. Don't try and tell me otherwise. ;) To make matters worse it was the headliner mix on a re-release (I had the track for 2 years before in its original format), and therefore most lazy DJ's played it by default. I had a hard time getting over this because of how special and sentimental that track was to me, and here it was now wasted on the masses - and not even the way it was intended to be heard. So for the next few years I disliked almost everything he touched, though it was more of a coincidence: I was getting heavy into trance and he was starting his disco sound via the new Armed Records label. Didn't care for any of it, it didn't do anything for me. Pretty much ignored him until about 2004 when his remix of Basement Jaxx' Plug It In came out which I though was excellent - then My My My, etc. etc. and I started enjoying him again. He even made Britney Spears' Toxic tolerable which in my books isn't bad at all!

Never have I had such back & forth like / dislike of any producer. I guess I respect him as a whole though, he definitely contributed some great stuff to my DJing history.

14 mars 2009
Armand Van Helden is one of the coolest house producers out there. "You Don't Know Me", from 1998/9 was one of the greatest house tracks of all time, plus "The Funk Phenomina" is just absolutely amazing Funky Nu-Skool breaks, that was ahead of it's time. The Ballistic Brothers mix of "The Funk Phenomina" is just eargasmic. I also really like Ultrafunkina, Which Doctor, Flowerz, and Full Moon featuring the amazing rapper Common.

I highly reccomend tracks with Armand Van Helden's name on it

From a career capped off by numerous #1 singles,to countless remixes,AVH never ceases to amaze me.He is constantly changing his style,and it works!What exactly can be said about this legend that hasn't already?I can't wait to hear what he puts out next!