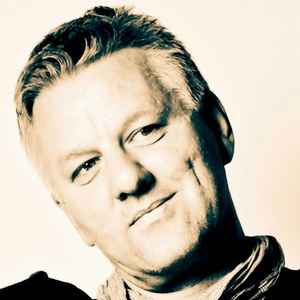 Vrai nom:
Frank Bülow
Profil:
Frank Bülow is a producer, remixer and songwriter. He contributed to many eurodance projects such as Culture Beat, Nina and Up 2 Date.

Frank's passion for music started when his grand dad Herbert Goerner (classical composer and orchestra chief) offered him an orange table organ in 1972... His musical career began in 1979 when, aged of 12 years, he played for his class during the museum visits travels.

In 1983, at the age of 16, he signed his first contract with a records company. His first single It's All Nike, was released. In 1984 a second single was out, called Secret Times, under a new scene name. He sold about 20 000 maxi singles.

Between 1985 and 1990 Frank built up a solid experience in studio as collaborator of the songwriter and musician Ken Taylor (today Peter Maffay Volume).

In 1991 he started collaborating with Stephan Remmlen on a few projects. In 1993 he signed a contract with Ariola in Munchen.

In 1995 he started collaborating with Culture Beat team. He wrote 6 songs of the album Inside Out and remixed 4 others. He spent the next year on a European tour with Culture Beat as guitarist and choir singer. Between 1996 and 1998 he collaborated with the records company Get Into Magic / Warner.

In 1999 he started working with Alex Christensen as co-compositor and choir-singer. He wrote and contributed to Thinking Of You, the third single of ATC. The same year he created his own publishing company "Bülow songs" with BMG.

In 2000 he published his first artist : Marianne Rosenberg with the song Wieder Da. The single was very successful and climbed at the top of German charts. . He also appeared on some Nosie Katzmann productions (GIL, Bastian Raagas)

In 2001 Frank started working on the PC game Global Hero, dedicated to all music lovers. He also worked with the new artists N. Jean, Salazar and Anyway.