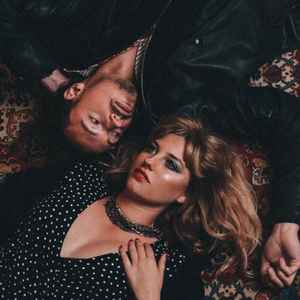 Profil:
Contradictions surround SWEET TEMPEST, Luna Kira’s and Julian Winding’s Berlin-based synth- pop duo, originally formed in Copenhagen. Aside from that ambiguous moniker, there’s the fact they want people to dance to songs about inequality and prejudice, and the way those songs are sometimes superficially frigid yet always warm-hearted beneath. Ask them who inspired them, too, and they’re as likely to point to Tom Waits as Ace of Base (though only the latter’s first album. It’s important to make that distinction.) SWEET TEMPEST offer plenty to reflect upon, just like their upcoming album, GOING DOWN DANCING, which is drenched in 80s synths rewired for the 2020s, recalling artists like Little Dragon and Annie, with Pet Shop Boys’ literate pop and Stevie Nicks’ otherworldliness among further crucial ingredients. Inspired by a turbulent era in not only their own world but the world at large, they’ve have left behind the dream-pop of their youth in favour of something less escapist.
Sites:
Bandcamp
Membres:
Julian Winding, Luna Kira