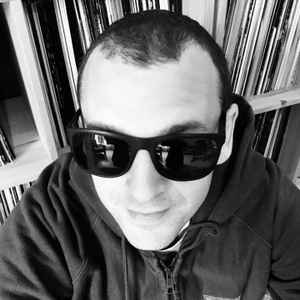 Vrai nom:
Julien Larrede
Profil:
He discovered this music in 1993 with spiral tribe party, and one of the first teknival in France : Tarnos 95. It was very quickly impassioned by all the techno music and particularly the hardcore music thanks to Liza 'N' Eliaz...
DJ-Composer since 1998, he actively enters the Hardcore movement this precise year by participating in the creation of the association Electronautes in Bordeaux, with Kepa La Pierre (Vnr Rec), Akasha (Maldita Rec) and Steph (Graphiste). With the end of the year 1999, he creates the label Born 2 Kick thanks to the help of numerous artists such as La Peste, Helius Zhamiq, Joshua (2) , Rafy... The creation of this label is just an answer to those artists from the region of Bordeaux & now the rest of the world who are full of ideas.
In 2002 he starts a new Techno & Hardtechno Label : Absolute Rhythm.
In 2005 he launches, in association with DJ TSX , a new Label Hardcore: Out Of Control.
In 2006, he creates a new Drum & Bass label (with Electro-Indus series) : Dust Of Sounds. At this same year, he prepares the first electro rock album on Komod.O Dragon records with Captain K.Verne's Team !

In 2011, he stops to produce hardcore music & continues to play some drum & bass / dubstep on his own parties.
Today, he prefers to play with his artist name Razhiel.
Sites:
kodproductions.com, Facebook, SoundCloud, mixcloud.com
Alias:
Julien Larrede, Macfie, Razhiel