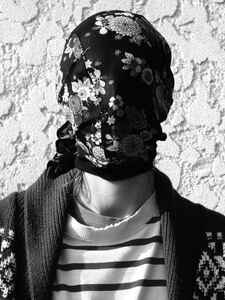 Vrai nom:
Thomas Pujols
Profil:
Nebulo (Thomas Pujols) is a French composer born in 1981 in Talence, currently based in the Dordogne in the South-West of France. In 2006 his first works appeared on Hymen Records, where he released five albums, before appearing on labels such as Le Cabanon, Conditional, Stomoxine, Seagrave, Orange Milk and Phinery Tapes, Fort Evil Fruit. Nebulo also collaborates with other artists in the projects Othello Aubern, Crypto Tropic, UltraaBriight and Queen Kopetzky.

An exclusively studio-based artist, Nebulo never performs live, dedicating himself to music in his woodland workspace instead. Rather than by strict formalism and protocol, his writing method proceeds by means of a collection of simple rules that allow him to evolve in a coherent sound environment with each new release (for instance, the exclusive use of sound synthesis on Zellige or Parallaxes, or of field recordings on Artefact, or by sampling audio cassettes on Akzidens). By playing with these self-imposed rules, Nebulo constantly renews his writing tools, his drawings and colours, questioning the expressive possibilities of electronics on a daily basis in his stylistic research.
Sites:
SoundCloud, Facebook, instagram.com, Bandcamp
Alias:
Thomas Pujols