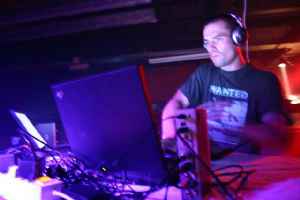 Vrai nom:
Stéphane Dri
Profil:
Stéphane Dri aka Scan X is one of the original pioneers of the French Techno scene. His career began in 1993 when he released his first two EPs on the now legendary FNAC MUSIC imprint.

19 janvier 2004
Scan X (a.k.a. Frenchman Stephane Dri) is one of the most enduring and highly-regarded European techno producers around, having crafted critically-acclaimed releases on the FNAC and F-Com labels since the mid-nineties. He's also proved impossible to pigeonhole throughout this time: turning his hand to moody and linear club stompers one second, and shimmering, string-drenched electronica the next...But one word to describe his live PA performance : WICKED !!!