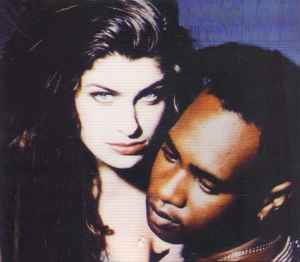 Profil:
Italian electronic dance act, popular from the late 80's up to the turn of the millennium. Mainly known for mid-90's Eurodance hits such as U Got 2 Know & U Got 2 Let The Music, but also had success in the late 80's with sample-filled House tracks such as Helyom Halib.

In 2013, the band returned with the original producer Gianfranco Bortolotti and new members, a married couple: Lis Birks as a vocalist and Marcus Birks as a rapper.
The couple used to perform under the name of The Cameleonz.
Marcus Birks died on August 27, 2021 from COVID-19.

Cappella have released some awesome and energetic tracks over their career. Even though this group just started out as one of Gianfranco Bortolotti's countless projects, it became one of his most successful and well known alongside Club House, Anticappella and Mars Plastic, just to name a few. Though I do like their more popular tracks such as U Got 2 Know and U Got 2 Let The Music, for me Move It Up and Move On Baby are their best tracks and probably their most original, in the sense that they weren't sampling or ripping off a melody or acappella from another track as seen in a lot of their productions. Though their image was portrayed by lip-syncers and uncredited vocalists like a lot of others eurodance groups and artists of the time, I think they're possibly the best example out of all of them!

3 novembre 2018
please somebody stop zyx records! how they got tired of their releases with errors in track lists, versions of songs, ugly album covers and poor-quality sound. zyx, hands off Media Records
Voir les 2 réponses

Cappella, Corona, Black Box and ICE MC are probably few of the Italian acts from the 90's "Eurodance" music genre. And even though I'm not a fan or anything at all, they made some nice songs and COOL popularity ONLY with their music videos.

16 décembre 2015
There were lot of lies about the vocalists of their singles. I know the fact: Move On Baby was sung by Katherine Ellis - she revealed it via facebook to me.
Voir les 3 réponses

8 janvier 2008
Cappella, I think, was one of the most genious creations in the dance music industry. I love them so much. Their music is so devine. I recived their greastest hits album for christmas and I am, without a single doubt, hooked on it. I just cannot under any circumstances, stop listening to those sublime, feelgood beats that they have created. I really admire mr. Gianfranco Bortolotti for giving us this extremely talented group. Dance music is not the same anymore without people like Cappella around. I really enjoy their sassy, carefree collection of feelgood music. bring back the Italo sounds of the 1990s.. Dance music nowadays is so plain and boring. I really do have an awful lot of hate for it. If only come back into fashion.Therte are no other bands on earth remotely like Cappella. I really do admire them.

26 novembre 2003
Cappella was one of the most successful euro-dance projects of the first half of the 90's, when the formula female singer/rapping MC was at its peak. I myself confess my absolute delight when listening to such guilty pleasures as "U Got 2 Know", "U Got 2 Let The Music", "Move On Baby" and "U & Me". But after that first lineup went bust, I lost my interest, maybe because I just got older. But they are, indeed, a part of my early teenage years. :)
Voir 1 réponse

11 février 2003
Cappella was always a commercial project (with commercial sound). Their music was very modern for that times (i mean 1994)and they had great and well deserved success. I like, no I LOVE their music very much