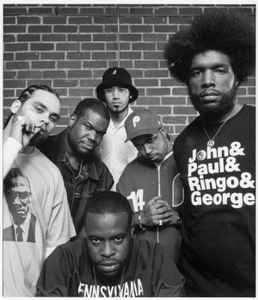 7 juillet 2003
What! No comments on the Roots? No listing for Organix? Hold up, lemme fix this. The Roots are the BEST live band I've seen in my life. They rock harder than the Stones on crack, and get the crowd movin like it aint noones business. You can pick up ANY Roots album and be ga-run-teed quality hip-hop. Check out OkayPlayer.com for more info on them and other great, great hip-hop acts. Peace!