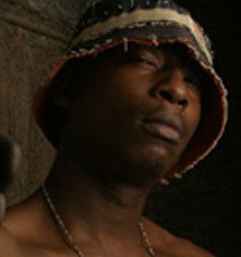 Vrai nom:
Dewayne Battle
Profil:
Young Zee's clever rhymes and unique sound earned him a reputation for being one of Brick City's hottest young talents. Beginning his career as a solo artist, Young Zee met Pace Won, D.U., and Rah Digga and formulated the underground sensation, the Outsidaz. In the spring of 1995, as the group began packing clubs and dominating underground hip-hop across the tri state area, Young Zee caught the ear of an A&R manager at Perspective Records which led him to secure a deal for himself and his crew. Young Zee's first single release by the label, "Problems" showcases a fresh sound to the airwaves and created a buzz throughout the rap and Hip-Hop community. This led to the group meeting and befriending fellow New Jersey native emcee Redman, as well as the now multi platinum recording artist Eminem.

Young Zee landed a deal with Ruff Nation/Columbia Records as a solo artist as well as a deal for his group the Outsidaz. The New Jersey collaboration began touring with label mates "The Fugees" on their "Smoking Groove" tour. Young Zee earned national notoriety when he laced tracks on the Fugees' multi platinum album "The Score" with his guest appearance featured on the track "Cowboys". The deal with Ruff Nation/Columbia Records shortly ended after two years and once again under the leadership of Young Zee, the group signed another deal with Ruff Nation/Warner Bro. And released the EP, "Night Life" and "The Bricks" album. Both albums did respectfully well but Young Zee wanted to be solo and decided to part ways from Ruff Nation and the Outsidaz in the spring of 2001.

This quick-witted rapper possesses dynamic skills and full frontal versatility. His sharp lyrics and playful demeanor solidifies Young Zee as one of the most talented and charismatic artist to date.

Young Zee has toured with Redman and Method Man on the sold out "Blackout and Doc's the Name" tour. He has performed with EPMD on the "Lyricist Lounge Tour" and toured across seas with platinum artist Eminem and D12. He was also a finalist on HBO Blaze Battle competition. Dabbling in production, Zee has produced tracks for Rah Digga on her previous released and up coming album, where he is also featured on the track "Think We Playin" with Joe Budden. He is also featured on D12's new album coming out in 2004. He has appeared on BET Live from L.A, Rap City, DFX, and New York Undercover. He has been making regular appearances on MTV's Becoming Presents, "Wannabee", and doing spot drops for MTV2.