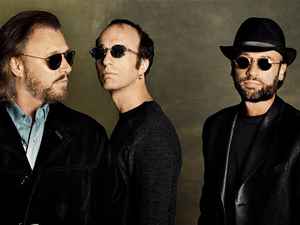 Profil:
A singing trio of brothers — Barry Gibb, Robin Gibb, and Maurice Gibb. They were born on the Isle of Man to English parents, lived in Chorlton-cum-Hardy, Manchester, England, UK and during their childhood years moved to Brisbane, Australia, where they began their musical careers. Their worldwide success came when they returned to the UK and signed with producer Robert Stigwood.

13 décembre 2021
Why aren't their Universal Record Club LPs in that list?

18 avril 2020
Skip the «science» and meaningless details about who played What . Barry Gibb is a brilliant songwriter and one of the most successful ever. Ok, they Failed mostly through the 80’s ( last Good single «Someone loving someone» in 83) But still almost 15 yrs making quality songs is incredible!