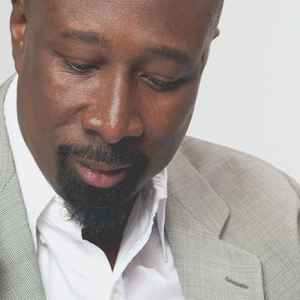 Today, Randy Muller's music can be heard in radio and TV commercials such as Amazon Alexa, Grand Theft Auto video games, and as samples on tracks by artists from N.W.A., Too Short, The Bucketheads, Lil' Kim, Salt 'N' Pepa, Monifah, Blackstreet, Dr. Dre, DMX, LMFAO, Jill Scott, Mariah Carey, Buju Banton', to "Call Me", featuring Stefflon Don. In addition, classic television shows such as "Martin", "The Keenen Ivory Wayans Show”, “Everybody Hates Chris” and the "Soul Food", "Action Jackson", "Biker Boyz", "The Players Club", and "Beauty Shop" movie soundtracks, among others, all spell continued success for this native of Guyana.

Randy is a graduate of CUNY’s Hunter College with a double BA in Political Science and Media Studies. He also holds a Masters degree in International Relations. He served on AIMP's Board of Directors (Association of Independent Music Publishers), ASCAP's East Coast Advisory Board, and is owner of Plaza Records. He also remains at the helm of One To One Music Publishing and Alligator Music Co.

In addition to his Nu-Jazz CD, “Groovin’ U” and his 70s-styled funk band, Brooklyn Soul Biscuits, Randy's latest album, "Welcome To My Life" by alias Randy Muller Boom Chang Bang, featuring the single "Joy In The Rain", with vocals by Angela Johnson, continues to enjoy acclaim from smooth jazz, soul-jazz, and funk n' soul fans the world over.

26 octobre 2019
Just take a look at the credits here on Discogs to see what a LEGEND Randy Muller is, responsible for some of the funkiest tracks in the history of black music! With this man...The Funk Is On!!