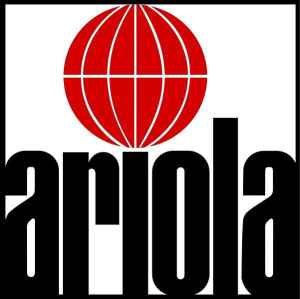 Profil:
This is a German label. Use this entry only if the displayed label is Ariola or a role is credited to Ariola only.
Label Code: LC 0116 / LC 00116
The Ariola label was established by Ariola Schallplatten GmbH, founded and registered in the German commercial register on 12 May 1958 in Gütersloh by Reinhard Mohn. From Summer 1960 on the record company was renamed to Ariola GmbH, but you'll still find the old name printed on releases in the early 60s.

The label had some early successes with Willy Millowitsch and Josephine Baker and became a major player in Europe in the 1960s with German/Austrian Schlager stars like Peter Alexander and Udo Jürgens.

The Ariola label since then was used for the company's (mostly German) dance and pop repertoire.

Please note: it's still ok according to the discogs guidelines, to link Ariola as a distributor in this period if denoted: Im Ariola-Vertrieb, even if this credit obviously relates to Ariola Eurodisc GmbH as the factual distributor.

If you are submitting an Ariola record without release year info, check the matrix number in the runout area. If the matrix stamp ends with “…/##S”, the two numbers indicates a year. For example, “…/77S” indicates mastering or press date 1977, which is often the same as the release date.

9 octobre 2021
I have an addition:
45009 A
Ruth Grafenau
A Das Muss Gefeiert Werden
B Ach, Die Heutige Jugend

31 janvier 2017
I have Ariola a single number which are not listed here. I have several single`s which are not found in discogs. Can not publish as last year?