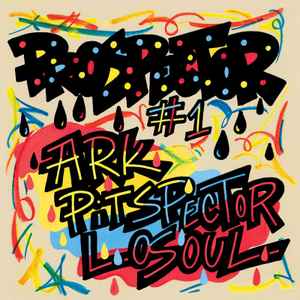 Throughout 2014, Pit Spector has been gaining momentum in Paris with a series of Prospector parties at the intimate ‘La chaufferie’ of La Machine Du Moulin Rouge. Each time he invites an intriguing name to join him behind the decks, although the musical journey has actually begun long before the clubbers arrive. Coming up with a unique concept that pulls together production and performance, the guest artist joins Pit for a studio jam session to work on a live show and new music, which is then brought to life in front of an audience and provides the material for the Prospector wax.

Prospector 01 presents the experimentations of Pit Spector, Ark and Losoul. Sharing production tricks and incorporating many different samples, instruments and hardware, brothers Pit and Ark create a highly distinctive piece with ‘Song For Everyone’. Quite unlike anything in your current record bag and bursting with a plethora of flavours, this is one of those grooves you just can’t put in a box. ‘Red Sun’ is a mesmerising techno number. Highly addictive and plagued with the voice of the Terminator, it sucks you in and sends you spiralling back out. Given the Losoul treatment it reincarnates itself as the evil twin. Darker and more minimal in form, it’s stark persona pushes the 3am dancefloor to the very edge.

All vinyl include the corresponding Prospector party poster – original artwork by graffiti legend O’Clock of the New York 156 graffiti crew, who, inspired by the energy of 80s block parties, offers a raw and colourful manifestation of the music.