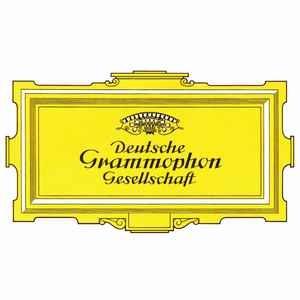 Note: Inner poly lined dust sleeves for some Deutsche Grammophon pressings and reissues usually show a manufacturing date. For example N #/82 or N#/80 on bottom right corner, thus referring to the year 1982 or 1980 that the inner sleeve was made. This is not an completely safe way to determine the exact year for releases, it however will give a very close indication of the release year, indicating the record was pressed either the indicated year or one year later.

12 septembre 2021
I have the Berlin Philharmonic Orchestra's 1970 recording of the complete Ring Of The Nibelung on 19 LPs with a large accompanying book Cat no 2561192-210. Each opera is in its own case and the book is separate. Can someone please tell what the release date was - I have trawled through the Deutsche Grammphon list and cannot find it! Thanks
Voir 1 réponse

17 mars 2021
I have 30 338 EPL Charles Gounod Romeo und Julia . Margarethe .
I cannot find info anywhere, plus seems to have the stamp of promo copy

25 août 2019
Why include all the records which were only manufactured by Deutsche Grammophon. They do not form part of the Deutsche Grammophon label's discography. You have records here which were issued by Polydor and MGM to name just two with the result that the list is far too long and hard to use
Voir 1 réponse

Hadnt the Time for adding then all...

13 janvier 2016
Always high-quality releases, I've never yet been disappointed with a DG record. As I've got older (and wiser?!) I've started exploring classical music more and more, and I've discovered as a general rule of thumb you can't go far wrong taking a chance on DG vinyl from crate-digging in charity shops! ;-)

19 janvier 2003
This is quite literally the world's oldest surviving record label and the first one to release a 12" soft-vinyl record.