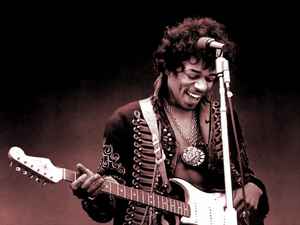 13 agosto 2018
I don`t care, 14 is good ... not what i expected, but it`s ok.
Jimi had a big talent in song-writing and was also a badass guitar-picker, but people tend to forget that the Experience wouldn`t be that much of a experience without a badass drummer like Mitch, or an very talented calm anchor Noel.
The records were produced in a bad way to make Jimi look glamorous, the covers showed him mostly sitstanding above the other band members and in the Twosome "Are you experienced / Axis bold as love" lp Mitch isn`t even mentioned on the Cover or the plate.
Rispondi  Visualizza 1 risposta Avvertimi 2 Helpful

11 luglio 2017
They say "The good die young". I think that maybe for some it's meant to be so we can only remember them at their very best as opposed to watching them age and in some small way take away from their legacies. Like champion fighters who stay in the ring too long. We had Jimi for a short time and in that short time he changed the course of rock history. Better to remember him as he was then every time you hear Red House, Little Wing or Purple Haze. Because as long as we have his music, we have him.

" If I don't see you no more in this, I'll see you in the next one so don't be late....
Rispondi Avvertimi 2 Helpful

22 maggio 2017
Does anyone know of an aucoustic intrsumental album he did? It's seems it's an urban myth. Just thought I'd try here. Thanks
Rispondi  Visualizza 6 risposte Avvertimi Helpful

6 febbraio 2015
I'll always miss him.I have no one to believe in.
Rispondi Avvertimi 2 Helpful

17 febbraio 2011
I just habe to pay respect. where respect is due. Jimi was and still is the greatest musician in Rock history and the greatest guitarist in this universe. The stuff he recorded with The Experience sounds more adventurous now than when it was released. Just listen to If 6 was 9 or 3rd Stone From The Sun. Wanna hear how good he was on the guitar check Pali Gap

or Red House ...
Thestuff he did with The Band Of Gypsies is the most funky Rock'b Roll ever recorded. Stonw cold grooves. nything he put on tape is sensational. You would think that after 40 years the unreleased stuff would lose quality, no chance - check the 2010 Seattle West Coast Boy 4Cd set for proof. You can play any of the tunes from CD 3 and 4 from his later years and will not find a weak track.
In the few years he had the chance to get his music out on tape he laid down so much fantastic stuff. it is incredible. A pity we don't have more from this guitar god, but we five thanks for what we got.
Hail Jamws marshall Hendrix !
Rispondi Avvertimi Helpful

Jimi Hendrix was married to his guitar. When he was born in the slums of Seattle (USA) a guitar symbolized humane warmth, and he loved it all the 27 years of his life. He caressed and kissed it, but he also hated it, smacked it and smashed it against the wall, only to warm his blues out of his string body. He once said; "Whenever I die, I want people to play my music, want them to do whatever they like!".Jimi Hendrix died, his guitar became a widow, a lonesome lover who has no time for mourning because it has to fulfil Jimi's will. And really, guitars all over the world produce Jimi's sound captivating and carrying away audiences of fans by the same unlimited magic music.