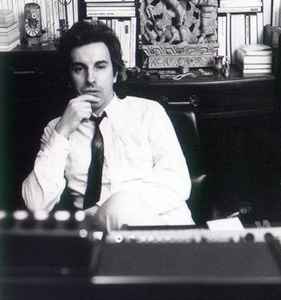 Profilo:
Raffaele Serra was born in 1948 and he lives between Milan and Paris. Composer and sound researcher, he released more than 50 albums.
He composed music for theatre, dance and multimedia works.

In the late 60's he went to the Castello Sforzesco High School of Applied Art.
In the early 70’s he started to experiment with Electronic Music based on analog synthesizers, tapes and other devices; he worked as sound and light technician and assistant director with many avantgarde theatre companies.

In the 80's he attended the Electronic Music's Class of CEDME; he studied and worked with Christina Kubisch and takes part to some Brian Eno’s stages.
Also he collaborated with the Russolo-Pratella Foundation and he takes part to "De Natura Sonorum" Festival with music addictions.

His continuing studies and musical research took him to Amsterdam, where he met the researcher Walter Maioli at "Het einde van de wereld", a multimedia center directed by the electronic musician and anthropologist Fred Gales (also member of Utrecht Institute of Sonology).
He released additions of sound for the danish painter/sculptor Nes Lerpa's environmental exhibitions.