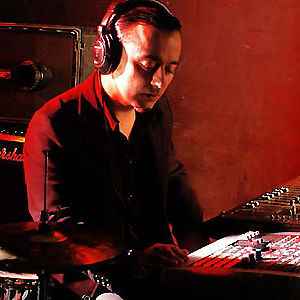 Vero nome:
Cesare Ferioli
Profilo:
Cesare Ferioli aka Big Mojo, born in Bologna on 1967, made his debut appearance in 1981 playing drums with the then very young bolognese punk band Uxidi D.C. and Urban Fight, then he plays with the new wave/post punk band Tribal Noise during the first half of the eighties, and the rock'n'roll band Jack Daniel's Lovers during the late 80's. This led up to the album "Stay Out Of Jail" by J.D.L. (1988 - Lakota Records / Ricordi Italy), produced by Los Lobo's Steve Berlin, which took them on an extensive tour to perform on stages all over the country.

During the 2002 he becomes Big Mojo to produce its own music and create a fusion between electronica and roots like blues and funk. Like Big Mojo he has produced two albums and countless singles