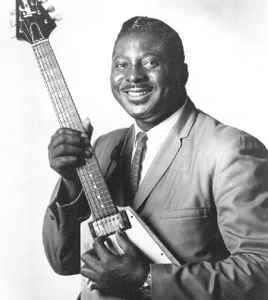 Like his peers B.B. King and Freddie King -both unrelated-, Albert King is one of the most influential blues guitarists of the 1950s and 1960s. A recording artist since the late 1940s, he enjoyed his biggest commercial successes while signed to the Stax label from 1966 until 1974.
Siti:
Wikipedia, equipboard.com, allmusic.com
Varianti:
Stai visualizzando tutto | Albert King
A King, A. KIng, A. King, A. Nelson, Al King, Albert "Godfather" King, Albert / King, Ing, King, Rock Albert, アルバート・キング

2 luglio 2018
Albert King is criminally underrated. The man was out of this world.
Visualizza 1 risposta

Listen to Albert King if you love the Blues. With his powerful straightforward technique and unbelievable string bending, truly there is no heavier guitarist.