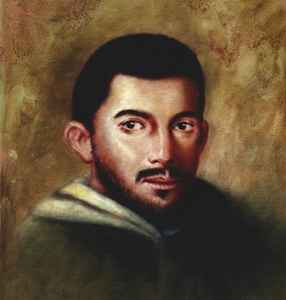 Profilo:
Italian composer, music theorist, organist and poet of the late Renaissance and early Baroque eras (Bologna, 3 September 1568 – Bologna, 1634).
he was interested in converting the madrigal to dramatic purposes.
He was one of the developers of a form called "madrigal comedy" — which was considered to be one of the important precursors to opera. In addition, he was an important composer of canzonettas, a lighter and hugely popular alternative to the madrigal in the late 16th century.
Siti:
Wikipedia
Varianti:
Stai visualizzando tutto | Adriano Banchieri
A Banchieri, A. Banchieri, A. Bankjeri, Adriani Banchieri, Bancchieri, Banchieri, Адриано Банкиери, Адриано Банкьери