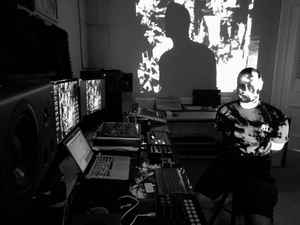 Vero nome:
Kevin Blackwood
Profilo:
Ingen hails from Edinburgh, Scotland. His style and sound range from complex poly-rhythms and soundscapes to crossing over into the darker realms of techno.

Growing up, all he cared about was Metal. Bands like Sepultura and Napalm Death were all he listened to with Sepultura being one of the biggest influences in his life, even to this day. BLOODY ROOTS! From there he got into more industrial, electronic artists like NIN, Godflesh and Aphex Twin. They completely engrossed his imagination and it opened up a whole new world of noise to him.

Then he discovered the ONE and ONLY Regis. Listening to the Regis album 'Gymnastics' changed everything. He’d heard nothing like it. He was hypnotised. From then on all he coveted was techno. Dave Clarke's World Service opened up an even larger stash of great artists and diving even deeper down the rabbit hole he found Surgeons 'Food For Thought' DJ mix, blending everything he had found to like about dark electronics in one place, inspiring him to pursue his sonic imaginations and create his own special brand of racket.

He started DJing and performing his 1st live sets at Split in Edinburgh in 2006 with his 1st release 'Snap the Tilt' arriving in 2012 on Digital Distortions. Many more releases soon followed with output on labels such as Duality, Combat, Darkfloor Sound, Noodles and Tribal Waves.

Other collaborative productions and remixes include working along side artists such as Dronelock, Paul Mac, Kamikaze Space Programme, Si Begg & Ontal.

Ingen's skills have taken him all over the world playing alongside massive artists such as Derrick May, The Advent, The Youngsters, Whitehouse and Surgeon. His live sets are truly stunning.
Siti:
SoundCloud, Bandcamp
Alias:
Kevin Blackwood (2)

4 febbraio 2010
Ingen is a live DJ and producer based in Edinburgh. He uses an Ableton live setup mixed with ever changing midi gear to produce a diverse, forward thinking melting pot of sound.

He has been a long standing resident with Split at Cabaret Voltaire, which has been one of the most popular techno and drum n bass nights in the capital's history. Moving people to fresh and uncompromising sounds since 2005

Ingen's shows have taken him all over the U.K playing alongside such names as Surgeon, Derreck May, The youngsters, The Advent, Whitehouse, Robert Logan, Phil Kieran and Meat Katie.