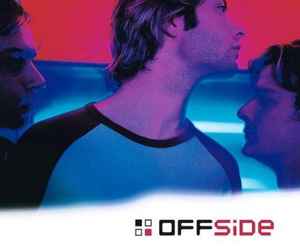 Francesco Arpino, Born in Rome 1977, is the main composer and plays piano, keyboards and guitar.

Pino Iodice, guitarist, with Roman Neapolitan origins, Born in 1979, thus winning the title of the youngest of the group.

Jean Paul and Pino had been playing together since 1996, while Francis had been following his own path as a solo singer. The first meeting of the three would happen later and quite by accident.

In 1999, during a trip to London, Jean Paul and Pino where introduced to a fellow Italian at a friends house. This Italian ,who had been staying in London for the past year and a half, was Francesco Arpino. As the three began to chat they started to see how much they had in common, not just a love of music but a passion for the same types of music and the dream to play and express emotions through the seven notes.

Once in Italy the three friends decided to form a band. To them Three was the magic number (as it was for their idols The Police).The guys never seemed to tire of emphasizing their love for, a sound, definitely made ​​in England ( Elton John, Robbie Williams, Genesis).

The Offside began to mix in bigger music circles, after their trip to London had allowed them to develop an important contact with , ex Take That member, Mark Owen. It was through this relationship that Francis ended up attending the famous Olympic Studios and agreeing to compose a song for Mark. The song "Dream Places", would eventually see the light at the end of 2002.

In 2000, in a nightclub in Rome, the band met Rolando D'Angeli (producer of Nek, Giorgia and Umberto Tozzi), who did not hesitate to recognize in them an unusual and spontaneous talent. A record deal with "Do not Worry" independent label, was soon offered. The trio then signed with WEA and in September 2001 released their first single, "Singing in The Classroom".

In November performed a new song at 2002 edition of Italy's most famous festival Sanremo Giovani. “Quando Una Ragazza C'è” written by Francis and Anthony De Sanctis is the title of the song which was then included on the bands debut album, “Tra Le Cose Che Ho Di Te” published in March 2002.

Their appearance at the music festival paved their entry into the elite of teen-pop. The Offside faced their first summer tour around the length and breadth of Italy. Not long after this first tour the band decided to call it a day and go separate ways.