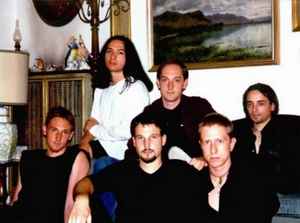 Profilo:
Edera is an Italian band from Milan that was formed in 1994 on the initiative of Valerio Valentini (vocals) and Matteo Catarisano (keyboards) but it's only in 1997 that the project really took off.
According to the band, their songs are conceived as "theatrical plays, where music is the scenographic part, and the words constitute the recitative acts. Each representation is actually a monologue, where the voice of the single actor gets mixed up with the musical backgrounds describing his emotional exasperation".