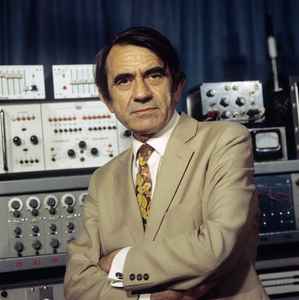 Schaeffer took a number of teaching posts, including an associate professorship at the Paris Conservatoire from 1968 where he taught electronic composition. Towards the end of his life, he suffered from Alzheimer's disease. He died in Aix-en-Provence.
Siti:
Wikipedia, imdb.com
Nei gruppi:
Groupe De Recherches Musicales
Varianti:
Stai visualizzando tutto | Pierre Schaeffer
P. Schaeffer, P. Šeferas, Schaeffer