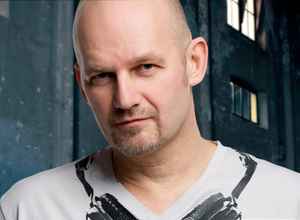 Vero nome:
Bernardus C. Liebrand
Profilo:
Dutch DJ, Producer and Mastermixer, born 27 September 1960 in Nijmegen, the Netherlands. Brother of Rita Liebrand. He began his career as a DJ in 1976, and was given his own mix-show ("In The Mix") on Radio Veronica, The Netherlands from 1983 to 1985. From that radioshow, the Grandmix (an annual mix of all important dance tracks of that particular year) and the Minimix (single track remixes or combi-mixes) evolved. It has also led to the popular Grand 12-Inches series of compilations which often feature Liebrand remixes or edits.

Around the same time, Liebrand also began producing, charting multiple times with acts like Forrest (Rock The Boat) and MC Miker G. & DJ Sven (Holiday Rap). He also reached top spots in the charts with his remixes for Tavares (Heaven Must Be Missing An Angel), Bill Withers (Lovely Day) and Phil Collins (In The Air Tonight).

After 1992, frustrated with lack of feedback from his Grandmixes (which took one month to produce), he took a break from music and focused on 3D image work. Having learned to produce quality image renderings and 3D animation, he was hired to do commercials (Smith's, Arcade Compilations CD's), and music work (Videoclips for Atlantic Ocean and Alan Parsons Project), Bumpers for Music TV station TMF).

In 1998 the internet, and especially the "Mixfreaks" mailinglist caused Ben to think about music again, because now he did get the feedback and appreciation for the work he did in the '80s and '90s. Nowadays Ben is again fully involved in music, making Grandmixes in a new format on 3CD's and he again has his "In The Mix" show on Radio Veronica.

2 luglio 2012
I just want to say: thank heavens for Ben Liebrand and his Grand 12-Inches series. This is a treasure trove, and not to mention an important and admirable preservation project that he's undertaking. There have been many 12" reissue projects, but none that all at once provided high-quality remasters from original tapes, spanned such a wide area, were released in these numbers, AND are officially licensed and legal. 36 CDs filled to the brim with dancefloor classics so far, and still going strong. I hope that Mr. Liebrand will be able to continue this effort for many years to come. His love for the music shows, and I hope he gets the recognition he deserves not only as a producer of reissues, but as a musical curator.
Visualizza 2 risposte

The Netherlands are a small country, but this country achieved several things that "put it on the global map": tall ships, flood protection, "total football". Considering art and culture, Ben Liebrand was as important for dance music as was the Golden Earring for rock music and Rembrandt van Rijn for painting. Not only for the Netherlands, but also for Europe, the U.S., maybe the entire world.

Sure, he may not be the first in beatmixing, but he was one of the first deejays to use his turntable skills in a production studio setup. This way, he made his first Grandmix in 1983, the result of beatmixing combined with cutting and splicing tape segments. As a matter of fact, Ben Liebrand was the musical counterpart of Rembrandt: painting pictures with music, creating compositions of its own using other people's music. Over 100 tracks within an hour, making it suitable for radio broadcast between two hourly newsflashes. After that, the dance music scene would never be the same, and what started as a funny extra became a benchmark for music lovers all over the world: what was Ben to mix this time in those magic 55 minutes at the end of the year? I always remembered myself being a bit disappointed after getting the Grandmix taped because the mix was too long to fit on a side of a C90 audio cassette (so I missed the final 10 minutes of it)...:( I also remember stories about people buying these full-size Revox tape recorders just to ensure the entire Grandmix was stored on tape.

Besides that, Ben did a lot of remixes, productions and even a 6-9 minute Minimix every week, refining his concept of the remix with the latter. Some of these Minimixes received an official release, in some cases even surpassing the original version in terms of hit success.

After a seven-year break, the Grandmix was brought back to life, to much delight of early fans. However, the new style Grandmix was as a three-hour mix which was also released on 3CD-sets. In the meantime, the classic Grandmixes (1983-1992) still remained broadcast on Dutch radio stations on a regular basis (due to the fact a lot of tracks were used without the artist's and/or their record companies' consent back then, a CD re-issue of these classic Grandmixes was and is not possible).

Today, Ben Liebrand is still very devoted to the perfect transition as well as preserving his personal roots, inspirations and club favourites under the moniker "Grand 12 Inches"; a compilation series that goes back to the source, both in terms of raw material being used for his mixes and in terms of using the original production masters to provide the best sound quality around (this includes getting in touch with the original artist, his allies and browsing their private master archives). Just like the Grandmix, this is a concept that has been copied over the years but never equalled.

I Think, this is one of the first DJ's who was into Beatmixing, already in the early 80ies. It started all, when he went on vacation, and heard a lot of good tracks, and wanted to share them with friends back home. But listing to 20 tracks would take a lot of time, so Ben decided to cut out some samples and made a continious mix of the tracks. The first megamix was born.

Nowadays he just mixes with the Pioneer CDJ1000 when performing a liveset. With a least 4 CDJ1000 he mixes everything from 70ies /80ies with the hits from today.