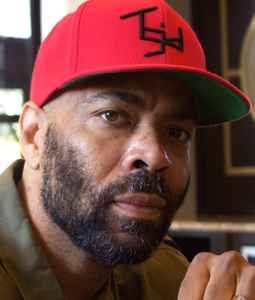 Vero nome:
Tracy Lynn Curry
Profilo:
American hip hop artist, born June 10, 1968. Originally from Dallas, Texas, the D.O.C. began his career during the late 1980s as a member of Fila Fresh Crew. He released his first album as a solo artist after gaining the attention of the California-based producer Dr. Dre. In November of 1989, he suffered near-fatal injuries in an automobile accident that severed his vocal cords, which resulted in the loss of his voice. As a result, he began to collaborate with other artists as a songwriter and in other capacities. By 1995, he had regained some of his voice through speech therapy to restart his solo career, which culminated in the release of his second album.
Siti:
Twitter, Wikipedia
Alias:
Tracy Lynn Curry
Varianti:
Stai visualizzando tutto | The D.O.C.
D.O.C, D.O.C., D.O.D., D.o.c., DOC, Doc, Doc T, Doc T., Doc. T, Doc.T, Dr. T, The D.O.C, The DOC, The Doc

18 ottobre 2016
The DOC's accident and how it affected his vocal chords is one of the biggest tragedy's to our music. No One Can Do It Better is a masterpiece. I respect him for carrying on with music but he was pretty much impossible to listen to after that.
Visualizza 1 risposta