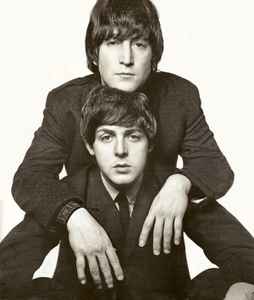 Profilo:
John Lennon and Paul McCartney wrote and published approximately 180 songs together, as a credited partnership, between 1962 and 1969.

14 febbraio 2022
The last of the images is so obviously a blatant fake. The original shows John and Yoko :

The third image is a bad montage of two separate Astrid Kirchherr photos.