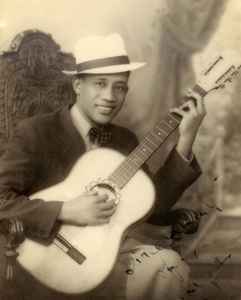 Vero nome:
Francisco Xavier da Cruz
Profilo:
The professional pseudonym of Cape Verdean's most famous poet and songwriter, he was born on São Vicente Island (Cape Verde) on the 3rd of December 1905.
He is the uncle of Cesaria Evora.

He taught the signature Cape Verde musical style, The Morna, to Evora and to Bana, the latter with whom he performed until his death in 1958.

Trivia: In the last few years of his life, B. Leza became paralyzed and was forced to use a wheelchair. Bana had to carry him to performances. He was able to reinvent The Morna to compensate for his shortness of breath by shortening phrases and swallowing syllables. These changes have actually been stylistically incorporated into the musical style by several artists since.
Alias:
Xavier Da Cruz
Varianti:
Stai visualizzando tutto | B. Leza
B Leza, B'leza, B. Lesa, B. Léza, B.Leza