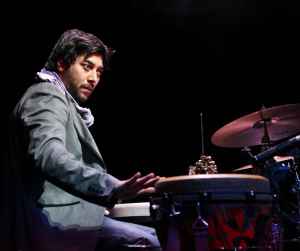 Jose Ruiz "Bandolero" is co-founder of the percussion group "Echegaray" and with Ramón Porrinas they released on 2002 their album "Calle Echegaray".