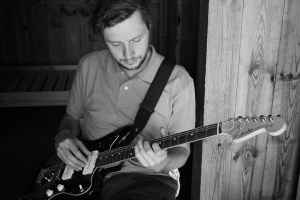 Since the very beginning of his creative work he has been focusing primarily on improvisation rooted in blues and jazz, as well as on ethnic and folk music. It is the combination of those two paths that best defines his style both in terms of composing and performing. Deeply rooted in the Jewish culture, Rogiński has always sought to accommodate it in his art and this search resulted in the conception of two projects which he leads: Shofar and Cukunft. He also acts as art director of festivals presenting new Jewish culture like Tikkun, Varshe or Mizrach, and as consultant for projects featured at those festivals. He also has a deep connection with the Israeli culture. His band Debka Rafiah plays early Israeli music.

Another source of inspiration for Rogiński is the primitive music of America, blues and the rock of 1960s. Inspired, on the other hand, by American experimental music (Harry Patch, Henry Cowell and others), Rogiński formed his band Spinalonga. The research on primitive swing resulted in setting up another band, Ectoplasma, playing music of Raymond Scott or early big band orchestras from Mississippi. The band Wovoka, in turn, grew up from the influences from early recordings of blues. The research on European early music brought about the release of the album Rogiński gra Bacha (Rogiński Plays Bach), which is a collection of Bach’s pieces played on prepared guitars.