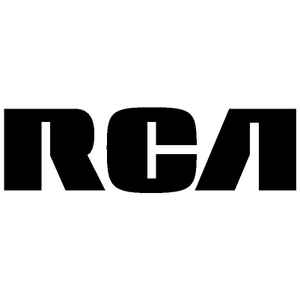 The name RCA refers to the Radio Corporation Of America (RCA), a US electronic and communications company formed in 1919. In 1929, RCA acquired the Victor Talking Machine Company. The Victor Company had released records on the Victor and Victrola labels. The record division became known as RCA Victor until late 1968, when it became RCA Records.

In 1985, RCA Records became part of RCA/Ariola International; At the end of that year, General Electric purchased the RCA Corporation; In 1986, GE sold the remainder of RCA Records to Bertelsmann (Ariola's owner) and formed the Bertelsmann Music Group (BMG).

On September 26, 2011, Sony Music Entertainment reorganized the RCA Records group into its own label banner. Therefore, the labels under that group, Jive, Arista, LaFace and J Records, were all merged into RCA, bringing all of its artists from these aforementioned four imprints to the RCA family. Furthermore, reissues from Jive, Arista, J and LaFace by Sony will be handled by RCA as well.

Also has a series of Spanish releases called Serie Discoteca (2).

For 70's-80's French releases with a 'RCA éditeur' mention, please add RCA as Record Company and a note 'RCA éditeur'.

16 febbraio 2022
Here's another nice addition:
101122
Australia
Lana Jean
A Eventually
B Those Oldies But Goodies

21 settembre 2021
I have another addition that is extraordinary:
31A-2279
Argentina 1973
Googoosh
A Serena
B Desde Hace Tiempo