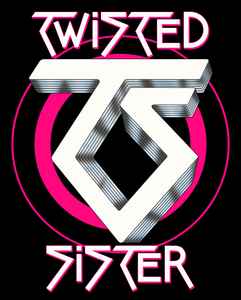 Although the band was formed by guitarist Jay Jay French in December 1972, all of their songs were written by Dee Snider from 1976 onward.

The soon to be named Twisted Sister was formed after Jay Jay French was added following auditions in the 'band house' located in Ho-Ho-Kus New Jersey in late December 1972. Manhattan resident John Segall (Jay Jay French) auditioned and was asked to join the 'glitter band' Silver Star. Silver Star was the creation of the drummer Mel Anderson (Mell Star) as the New Jersey version of the New York Dolls. At the same time as Silver Star/Twisted Sister was created, Mell Star's brother, Al Anderson, was the guitar player for Bob Marley & The Wailers. Jay Jay hated the name Silver Star and pushed to have it changed. On Valentine's Day in February 1973 Silver Star changed its name to Twisted Sister.

The band found work immediately and started playing 6 nights a week (mostly in the same club for the entire week). They secured a residency at the Mad Hatter in East Quogue, NY for the summer of 1973 and played 105 nights from Memorial Day to Labor day. By December 1974, when this first version of the band broke up, Jay Jay had already played nearly 600 nights and about 3,000 performances as the band played 5 x 40 minutes shows per night, each with costume changes, some ending as late as 8 am the following morning. The second version of the band changed lead singers (Rick Prince) and guitar player (Keith Angel) and continued for a couple of months into 1975 before singer Rick Prince failed to show up for a rehearsal. In the third lineup change, Jay Jay the took over the lead vocal chores and management duties. The band split up after Labor Day weekend 1975. In October 1975 the fourth version of the band started to play the club circuit. Jay Jay hired a former high school friend of Eddie Ojeda, who joined as co-lead singer and second guitarist, and got drummer Kevin John Grace after reading an ad that Kevin put in the Village Voice. Bass guitarist Kenny Neill (Kenneth Harrison Neill) remained and completed the lineup. The band followed a glam rock direction. They played at local clubs but floundered in relative anonymity.

In February 1976, at the suggestion of the band's agent, Kevin Brenner, Jay Jay was told that the band could only go so far without being able to play Led Zeppelin cover songs and urged Jay Jay to hire Danny Snider (Dee Snider). This version lasted 6 weeks before version seven began on April 1st, 1976 with new drummer Tony Petri, the group took a heavier musical direction.

At this point, the bands popularity began to soar as the band, especially Dee and Jay Jay started to talk (rap) to the audience about current topics of the day between songs.

The band started its own t-shirt company and record label. They released two singles which eventually made it over to the UK and caught the attention of Martin Hooker, the president of indie label Secret Records.

In June 1982, the group released its first EP, "Ruff Cuts", on the Secret Records label. This was followed shortly by their first studio album, Under the Blade, produced by Pete Way (2) of UFO (5).

Around this time, Twisted Sister updated its feminized image with a more grotesque look that distinguished them from other glam metal bands of the era. The group was now regarded more as a weird-looking heavy metal band because its look and music, although still reminiscent of pop/glam styles, were growing closer to heavy metal's leather and chains image. At this point Dee Snider quote should be noted: "I don't think Twisted Sister is "glam" because that implies glamour, and we're not glamorous. We should be called "Hid" because we're hideous."

After an appearance on the music TV program The Tube, Atlantic Records approached the band and signed them. Their first LP under Atlantic, "You Can't Stop Rock 'n Roll", produced by Stuart Epps, was released in 1983 and included the UK #19 hit "I Am (I'm Me)".

International fame came for Twisted Sister when the band's third LP, "Stay Hungry", hit the stores on May 10, 1984. "Stay Hungry" sold more than two million copies by the summer of 1985, and went on to sell more than three million in subsequent years. It remains the band's biggest success.

On November 9th, 1985, the band released its fourth studio album, "Come Out And Play", produced by Dieter Dierks. It was not nearly as successful as its predecessor, although it did earn the band a gold album for sales of 500,000 copies.

After the tour, Pero left to rejoin Cities. He was replaced by ex-Good Rats drummer Joey 'Seven' Franco.

In 1986, Snider embarked on a solo project, reportedly approaching future Iron Maiden guitarist Janick Gers, but this did not work out.

Snider then recorded an album with Franco programming the drum machine and featuring several session musicians such as Reb Beach on guitar and Kip Winger (just before they formed Winger) and Steve Whiteman of Kix. Atlantic Records refused to release it unless it was labeled as a Twisted Sister album. So, on August 13th, 1987 "Love Is for Suckers" made its debut.

On October 12th, 1987, almost two months after the release of "Love Is For Suckers", Snider left the band, the record label cancelled its contract, and Twisted Sister disbanded. The public announcement of the band's demise came in January 1988.

After the band's break-up, former members were involved in different projects:

Ojeda went on to join Scarecrow and then formed Prisoners Of War. Both projects were unsuccessful. He also worked as a session guitarist and guitar instructor.

Mendoza briefly joined Blackfoot. Then he worked as a producer and manager. He also occasionally pursued solo projects.

Franco worked as a session drummer and played with Snider's Widowmaker (2).

In June 2006, the band announced that they had signed with the American record label Razor and Tie to release a final CD with heavy metal Christmas music called "A Twisted Christmas". The CD was released on October 17th, 2006, and was a commercial success.

The group is still together and occasionally makes small tours around the world, in full makeup. Before each of these mini-tours, they performed as Bent Brother, practicing its set and appearing without makeup, usually at reduced ticket prices.

2018年10月14日
The band who would come and help you when you're in trouble.....equalled only by Manowar & Helloween. Forever kneel before Twisted fuckin' Sisterrrrrrrrr!!!!!!!!!

2014年9月21日
Twisted Sister prove that it is enough to believe what you do even though the "playin;" is something plain.. But once you hear them you will never forget! Definately one of my favorite bands