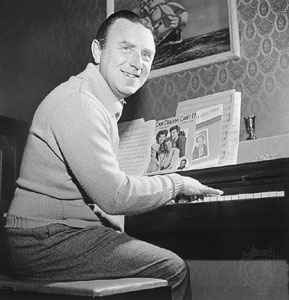 Fain worked extensively in collaboration with Irving Kahal. Together they wrote classics such as "Let A Smile Be Your Umbrella". Another lyricist who collaborated with Fain was Lew Brown, with whom he wrote "That Old Feeling". His Broadway credits also include "Everybody's Welcome", "Right This Way", "Hellzapoppin'", "I'll Be Seeing You", "Flahooley", "Ankles Aweigh", "Christine", and "Something More".

Fain also composed music for more than 30 films in the 1930s to 1950s. He was nominated for the best Original Song Oscar nine times, winning twice, with "Secret Love" from "Calamity Jane" in 1954 and with "Love Is A Many-Splendored Thing" from the movie of the same title in 1955. Fain wrote the second theme to the TV series "Wagon Train" in 1958, which was called "(Roll Along) Wagon Train". He co-wrote both songs with Paul Francis Webster, another long-time collaborator.

Fain died of a heart attack in Los Angeles, California, and is interred at Cedar Park Cemetery, in Emerson, New Jersey.