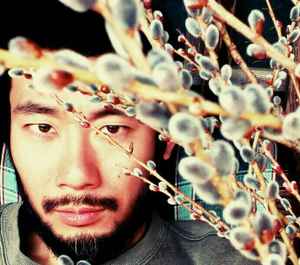 Translation of name: Ambitious person, Aspiring to be human

Utilizing a rhyme flow that constantly changes with every situation, he is a one of a kind artist, overturning the status of the current Japanese hip hop scene, a traveler who overcomes the boundaries of genres and ventures into different musical dimensions. Words pour out from the depths of innerspace and into the brains of the listeners. He imprints a visual imagery similar to a movie.

With dramatic live performances, he brings out people's emotions. As one half of the group Origami he has also been gradually gathering international recognition, with listeners increasing in China, Taiwan, Australia and Canada.

Although Sibitt has his roots in Hip Hop, it would not be accurate to describe the album strictly that way - these are truly new sounds for him. During a visit to Montreal, Sibitt found and pushed himself in new musical directions, with the help and collaboration of a wide variety of people from the city’s diverse music scene.

Sibitt has been to Montreal a few times, and he grew to have a special connection to the city. Initially, he went to Montreal in 2010 to make an album as one third of the multi-language group Triune Gods (Sibitt, Scott Da Ros and bleubird - triunegods.com). During his time there, he fell in love with Montreal’s places, people and music. He decided to make his songs come alive with the help of the community he found there.

Sibitt’s raps cover many themes on the album. The subtitle “Hakkou Ningen” is a Japanese language expression. ‘Hakkou’ means ‘ferment’ and ‘Ningen’ means ‘human being.’ Sibitt’s uses this idea as a metaphor for our lives: “don’t be corrupted – recognize that which causes fermentation in your own life and make it a positive growth rather than cause for mere decay.”

Even for listeners who don’t speak Japanese, Sibitt’s rhymes and sensibilities shine through. Language is not a barrier here - you can feel the meaning through his unbelievable flow and unique character throughout the album. At times, his calm and focused delivery is almost like a mantra.

A large cast of producers, composers and beatmakers contribute to the amazing diversity of this release.