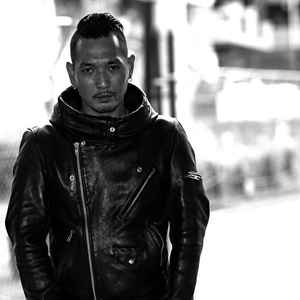 His music career started in 1998 and he released two solo albums (that were mixing noise and industrial elements with abstract electronica and hip-hop) and formed Rebel Familia with Takeshi Akimoto before, on his 2005 album Mad Raver's Dance Floor, he turned his attention to more danceable types of music including dubstep. This and the dubstep party series, Back To Chill, that he launched in Tokyo around the same time led to his first international releases including a series of 12" EPs and later an album out on seminal UK dubstep label Deep Medi Musik. He soon became a household name internationally and regularly played DJ sets and live acts around the world, especially in Europe. In November 2014, he launched his own label, Back To Chill and around 2016 he started to turn towards more experimental sounds again, both on his solo releases and with his new band Eartaker before he finally returned to releasing dubstep in 2021.
サイト:
gothtrad.com, Facebook, Twitter, SoundCloud, Bandcamp
エイリアス:
Takeaki Maruyama
グループで:
Eartaker, Rebel Familia
バリエーション:
すべてを閲覧中 | Goth-Trad
GOTH TRAD, Goth Trad, GothTrad, Gothtrad, Trad.