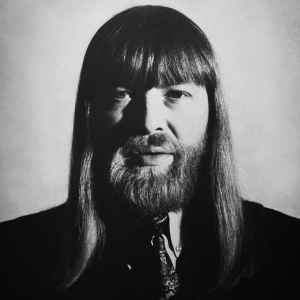 Plank is reputed for being the producer of Kraftwerk's early records, helping to configure their sound.

In 1974 he built his legendary studio near Cologne, where he produced significant krautrock bands such as Neu!, Cluster (almost becoming a member of the band), Ash Ra Tempel, Holger Czukay (Can), and Guru Guru.

As a duo with Dieter Moebius he recorded 4 albums, and during the 1980s his services aided a new generation of electronica influenced artists, such as Devo, Ultravox, Joy Division, Deutsch Amerikanische Freundschaft and the Eurythmics.

He has also produced pop and rock artists such as The Scorpions, Clannad, and Killing Joke; and has been called "the Phil Spector of Krautrock".

2015年4月2日
Not sure how to update the rather shoddy profile here, so I thought I'd add my write-up on Conny Plank from "The Crack In The Cosmic Egg" CD-Rom:

A studio engineer of great diversity and creativity, it could be argued that Austrian born Konrad "Conny" Plank was possibly the most important of catalysts on the Krautrock scene. You see, Conny was not just your normal engineer, he would become actively involved in the music he was recording. Weird bits, offbeat mixing ideas, extra musicians, arrangement, composition, Conny could do it all himself, and thus often change a recording entirely!

Back in the 1960's Conny worked at the studios of West German Radio (the WDR) in Cologne, here he became involved in working on recordings by the likes of Stockhausen, Koenig, Varèse and Kagel, amongst others. Here he would also sit in on sessions, and experiment with the sound possibilities of the WDR's sophisticated studios. One such project, dating from April 1970, is Wired (4) on which Conny improvised freely with mixing controls and effects to turn something that would have sounded like Stockhausen into a piece of cosmic Krautrock! Conny got out of the WDR shortly after, explaining that it was too academic for him, too precise, he liked the idea of working with "dirty sounds", electronics, etc., the classical world was too precise and clean.

Conny had already done some work at other studios, most notably recording the pre-Kraftwerk album by Organisation. Conny next went to work at rock studios: Star Studio and the oddly named Windrose Dumont-Time Studio, and much later established his own "Conny's Studio". In the early-1970's Conny's stamp of creativity was all over dozens of albums by the likes of Kraftwerk, Neu!, Cluster, Ibliss, Kollektiv, Thirsty Moon, Tomorrow's Gift, etc. It can almost be guaranteed that an album at this time bearing Conny's name, meant that it would be something special. Apparently Conny was also a very strong character, with an eccentric sense of humour - witness his crazy cover notes on Ibliss' SUPERNOVA.

Although having guested with and immersing himself in many a bands work, as a creative musician Conny never really revealed his talents until the late-1970's, with the Liliental project, Roedelius' debut DURCH DIE WÜSTE, and the series of Moebius & Plank albums. All these show Conny as a diverse talent, and reveal his influence on the early-1970's scene much more clearly.

During the 1980's the German new-wave, and bands like Ultravox and the Eurythmics, lead to Conny becoming the guru studio engineer to work with. It's a great shame, that not long after Conny started to embark on his first concert tours (together with Dieter Moebius and Arno Steffens) in 1986, he was diagnosed with cancer, and died in December 1987. A great loss.

Anyone wishing to update the profile, feel free to nab bits of this