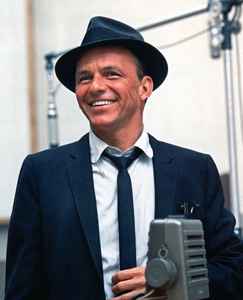 Nicknamed "The Voice," "Ol' Blue Eyes," "The Chairman Of The Board," and "Frankie Boy." Beginning his musical career in the swing era with Harry James (2) and Tommy Dorsey, Sinatra became a solo artist with great success after signing with Columbia Records in March 1943; he stayed with Columbia until he got dropped by the label in June '52. Sinatra signed a seven-year recording contract with Capitol Records on March 13, 1953, and released several critically lauded albums while with Capitol. Sinatra left Capitol to found his own record label in 1960, Reprise Records, toured internationally, and fraternized with the Rat Pack and President John F. Kennedy in the early 1960s.

2021年12月10日
My all time favorite artist! Wish we'd get more analog reissues in the future from Analogue Productions or more from Mobile Fidelity Sound Labs.

2020年1月17日
Frank Sinatra was with Columbia Records first, NOT capitol until the early 1950's! Article needs to be corrected with this information. He went from Columbia to Capitol & then started his own label, Reprise.
3 返信を見る

2019年12月19日
Ian Penman wrote a great article on Frank Sinatra for the London Review of Books, titled "Swoonatra". It also appears in his essay collection "It Gets Me Home, This Curving Track", which I would recommend to any music enthusiast.

2019年7月5日
I have a copy of Robin and the seven hoods original score from the motion picture musical,cannot find a listing anywhere, any ideas?
4 返信を見る