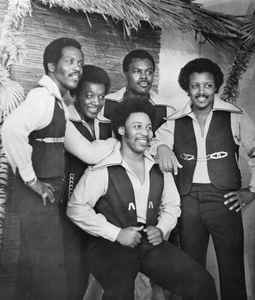 プロフィール:
After the Viet Nam War, James Sawyer, Lee Pittman and Herman Gaynor help found the R&B group, The Sultan. The other members of this Five Men Group were Bobby Guye and Freddie Harper in 1969-1970. Within a year these Five Guys were a major attraction on the Baltimore music scene. James, Lee and Herman background was gospel, Quartet, and southern call and response which blended beautifully with the smooth classical catholic music of Bobby and Freddie’s musical background. Their unique style would eventually be heard worldwide as The Sultans aka. Tomorrow’s Promise.
They released three singles at Capitol Records and two more at Mercury before disbanding.
メンバー:
Freddie Harper, James Sawyer (3), Lee Pittman

2010年3月2日
TOMORROW's PROMISE was an excellent male soul group from the '70's who recorded the classic "You're Sweet, You're Fine, You're Everything" on Capitol, the equally mellow "Never Take Your Love From Me" on Mercury Records and the uptempo "Good Love." If you like The Ebonys, Black Ivory and Soul Generation you will love this group. "Never Take Your Love" can be found on the Japanese import Soul Galaxy CD listed.