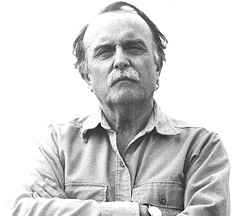 プロフィール:
Alvin Lucier (* 14. Mai 1931 in Nashua, New Hampshire; † 1. Dezember 2021 in Middletown, Connecticut) was a composer, a writer and a visual artist. He studied at Yale and Brandeis University and spent two years in Rome on a Fulbright Scholarship. From 1962 to 1970, he taught at Brandeis, where he conducted the Brandeis University Chamber Chorus which devoted much of its time to the performance of new music.
Lucier pioneered many areas of music composition and performance, including the notation of performer's physical gestures, the use of brain waves in live performance, the generation of visual imagery by sound in vibrating media, and the evocation of room acoustics for musical purposes. He performed, lectured and exhibited his sound installations extensively in the United States, Europe, and Asia. He regularly contributed articles to books and periodicals. His major book, Chambers, was written in collaboration with Douglas Simon and published by Wesleyan University Press.
サイト:
web.archive.org, Wikipedia, imdb.com
グループで:
Sonic Arts Union
バリエーション:
すべてを閲覧中 | Alvin Lucier
A. Lucier, A.L., Alvin A. Lucier, Lucier, Mr. Lucier