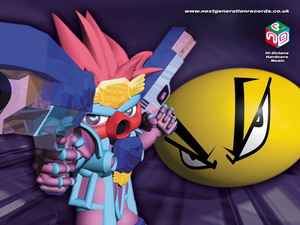 Initially the series was designed to promote the album with a very small number of releases, however, along with the popularity of these first releases, the NG & BB branding and the fact that new tracks were constantly being added to the album line up, this series went up to double figures.
親レーベル:
Next Generation Records
お問い合わせ:
Next Generation,
PO Box 545,
Southampton,
SO16 8ZH,
UK.
サイト:
nextgenerationrecords.co.uk