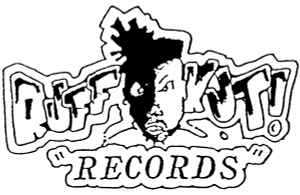 Profile:
The history of Ruff Kutt starts back in 1990, when it was set up by Jimmy Ryan (5). Mark Straker and another guy called Jon helped with the initial investment, with money from the Prince's trust going towards the studio.

Jimmy was into groups like Shut Up & Dance, The Scientist, 4 Hero and Nightmares On Wax. He liked the fusion of Hip-Hop, Techno and House. While spending time in Leeds & Bradford he met up with a DJ Martin Williams who was the resident DJ at a club called The Warehouse. Martin was promoting a track called LFO by the up and coming group LFO at the time. He inspired Jimmy to start producing. Another inspiration was Chapeltowns DJ Homer. Jimmy started going to events like Exodus, Milwaukees and Liberty.

On the back of the scene changing he started the breaks & beats label Ruff Kut! Records. Based in Stevenage the studio was built on top of Bowes Lyon House. In 1992 the label had the record of the week on Radio One, the track Espania had been heavily rotated by the Pet Shop Boys that summer.
Sublabel
Pirate Records (2)
Sites:
djbiznis.co.uk

What can you say about Ruff Kutt! In my top 5 of all time labels in the hardcore, hardcore jungle, jungle drum and bass scene. With Renk, Reinforced, Labello Blanco, Ibiza and Shut up dance they did not just make the same old stuff. A dynamic label who started dropping reggae samples in hardcore first along with all the others I mentioned above.

Great EP's were produced on this label and all the tracks were quality, some absolute classics IMHO Not a lot was released, you could say more quality than quantity, bless this label just wish I could own all the releases.