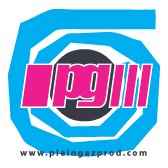 Profile:
Plein Gaz Productions was set up by DJ Fred Spider and Philgood, two Lyon (France) based DJs. Spider was primarly a resident DJ at La Marquise's club, where - as an artistic director - he invited the most influential artists on the electronic and soul music scenes of the last decade, and none of Paris' clubs ever compete with such an audacious booking.

Back in 1998, the two DJs started the label and first released compilations of French rare jazz-funk and afro oldies. Then they were convinced of producing Cosmik Connection's album as they heard its original blend of drum'n'bass, dub and jazz. Following issues revealed artists like Moon Juice, Christian Charles, Jumbo Layer and Colorblind. All of whom are featured on this compilation, in an eclectic but still very coherent suite of jazzy and soulful tunes that were actually only available on confidential vinyl outprints till now.